Bangabandhu Biography portraits the life and works of Sheikh Mujibur Rahman, who was a Bengali politician and the founder of the People's Republic of Bangladesh. He is generally considered in the country as the Father of the Bangladeshi nation with honorary title Bangabandhu (Friend of Bengal).

The biography contains a rare collection of 186 photos of Bangabandhu starting from his boyhood to death.

The Video section contains the speech of Bangabandhu on 7th March 1971. Active internet connection is required to see the videos.

A brief introduction about the great leader of Bangladesh. 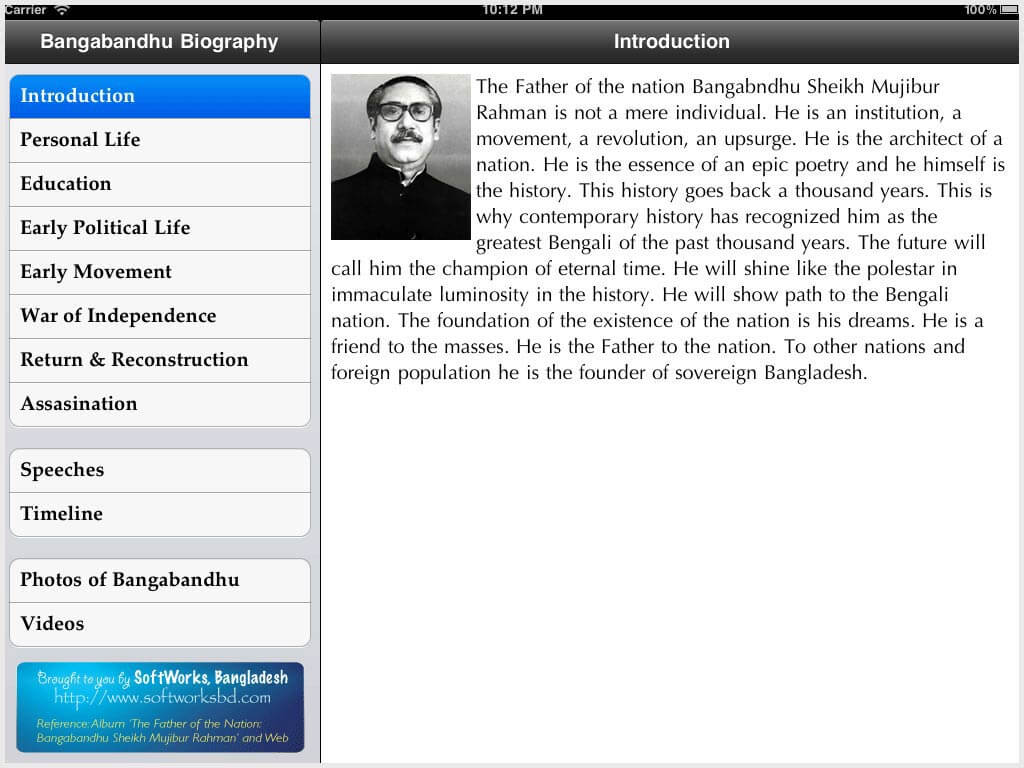 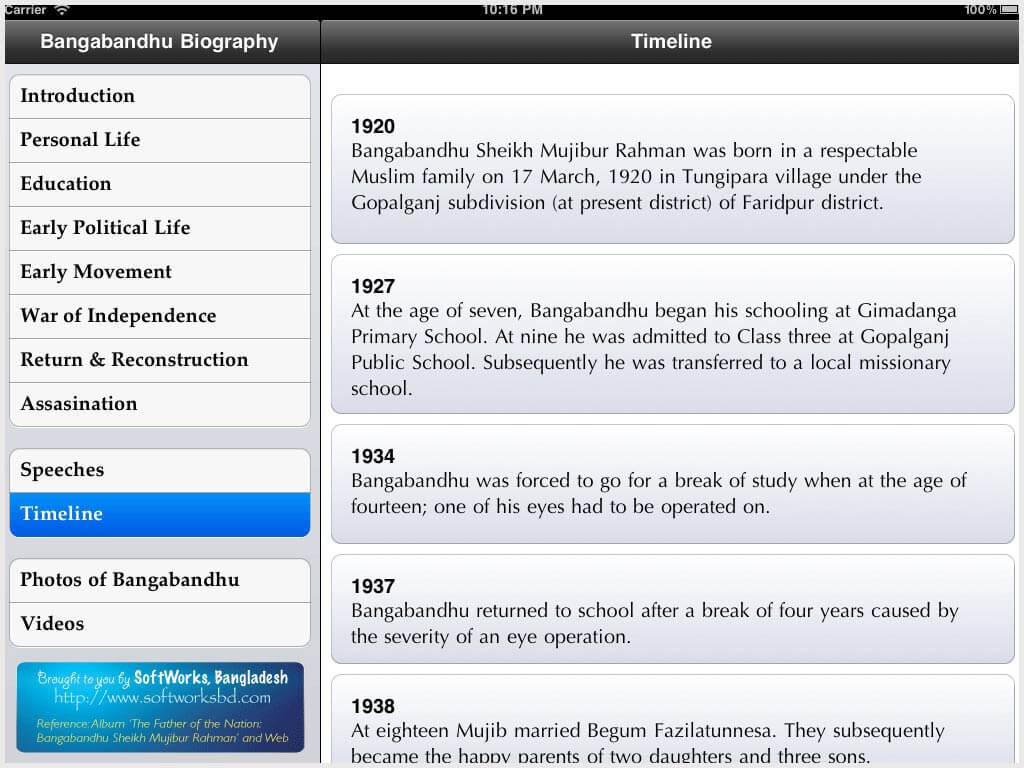 One of the rare picture from Photos section which contains 186 images of Bangabandhu during different events. 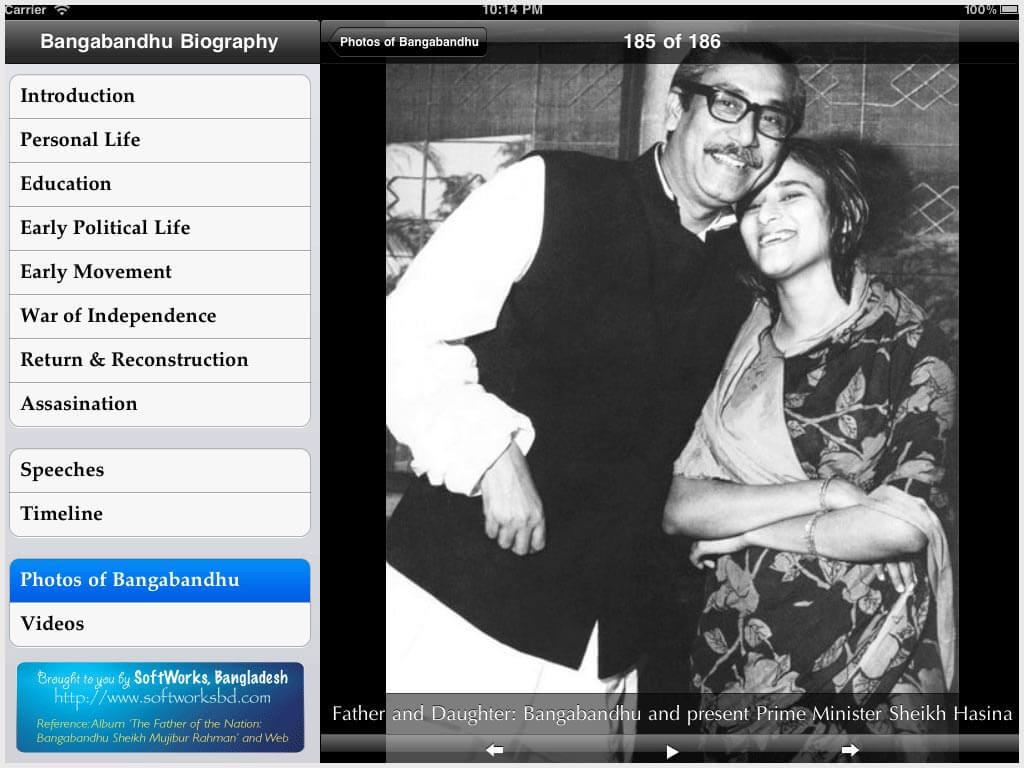